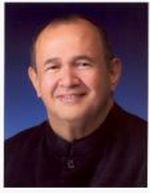 Master Nieto is a 10th Degree Black Belt and the President of Chuan Fa America. He lives and teaches in Albuquerque, New Mexico. Here is a brief list of Master Nieto’s credentials, rank, and accomplishments:

2017: In August, Sensei Shawn Wilson was inducted into the Kenpo Hall of Fame.